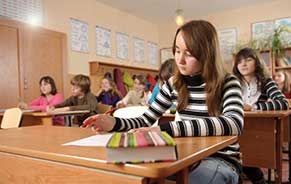 Informational articles are like potatoes. Just as spuds are a staple on every American menu from McDonald’s to the Plaza Hotel, so these articles fill a basic editorial need – and much of the editorial space – in magazines as far apart as Outdoor Life and Modern Maturity. Some magazines, such as Sunset, “The Magazine of Western Living,” are composed completely of informational articles.

The articles come in as many forms as the tubers. Instead of french fries, Tater Tots or Potatoes Anna, magazines serve informational articles in such areas as home and family, leisure activity, health and fitness, money matters, legislation and law, the sciences, research, history and culture. The biggest subcategory of all is “service” – articles that focus on products and services.

Just as you can find your favorite potatoes on somebody’s menu, freelance writers can find a market for an informational piece on almost anything that interests them.

It’s true that all articles, because they are not fiction, are fashioned of information. But some forms use extensive literary, creative or personal twists that move them into other categories; we think of them as travel articles, profiles, personal experience pieces, essays, and so on. How-to’s fall into the “informational articles” bracket, but are so specialized that they must be considered separately, as they were in the first article of this series.

They are dense with facts, and make little use – or even none – of such literary leavening agents as anecdotes, scenes, dialogue and narrative. Many magazines augment informational pieces with sidebars, charts, graphs, tables and diagrams.

Titles and openings usually are very matter-of-fact. Readers probably decide whether to read the article mainly on whether they want information on the topic. For such readers seeking information, a cute or clever title and an enticing, mysterious lead will only delay their decision about reading the piece, and in some cases, will put them off enough that they skip the article.

Take a look at a few titles and openings:

* “Flavor Up! Chili Peppers” in Prevention’s Cuisine section. It begins:

Low-fat foods need all the pizzazz they can muster to satisfy your taste buds. That’s because one important role of fat in cooking is to “carry” flavor and distribute it throughout your mouth. Cutting back on fat often leaves food tasting bland. Chili peppers can help fill the gap.

The rest of the piece covers types of chilies, their relative heat and chemical properties, and which foods wiu offset too much of a good thing.

* “Insurance to Think Twice About Before Buying” in Good Housekeeping begins:

Would you consider buying life insurance for your child? How about mugging insurance, in case you’re accosted on the street? It may sound ridiculous, but thousands of people waste an estimated $18 billion each year on insurance that either duplicates what they already have or isn’t cost-effective.

Then, in only 400 words, the article uses subheads to outline eight types of insurance that are usually unnecessary.

In informational articles, organization and form are essential to making the material easy to understand. These tools – like the cardboard box for the french fries or the foil jacket for the baked potato – help the reader hang onto the product. They include numbered points, bold subheads, question-and-answer presentation, sidebars, and charts, graphs, tables, and diagrams. Even without using such visual aids, parallel structure is paramount to clarity.

You can render most information in various forms, just as you can serve potatoes whole and steaming hot or cut them up for a salad. Choose the form based on your intended market, rather than on the subject matter. Study the publication before you make your story proposal and select the form that your target market is likely to use.

Many magazines, especially women’s magazines, like pieces with numbered points. McCall’s recently ran a feature called “Five Health Rules Every Woman Should Break.” After a very short introductory paragraph, each point was numbered, reduced to a single sentence, and then elaborated on in 200 to 300 words. The same issue also contained an informational fashion piece called “The Nine Best Looks for Spring,” and a home decorating story, “Beautiful Bedrooms – 3 Dreamy Styles.”

Your goal in these articles is to present clear and complete information as concisely as possible. if you take the time to focus your article while it’s in the idea stage, you’ll build in efficiency in research. By defining the limits of the article in the beginning, you can make a working outline of what information you’ll need and a list of potential sources. Fashion the parameters based on your intended market.

For example, for a story titled “Telephone Smarts” for Parenting magazine, I knew the most suitable section took only very short pieces of 500 to 600 words. Also, the magazine focuses on helping men and women be better parents. The story needed to show parents what to teach children to say (and what not to say) on the telephone. It should not, for instance, deal with equipment, although that topic could be a legitimate service piece for a different magazine.

If your project is a major feature, as you gather information, note what items might be broken out into sidebars. Make photocopies of charts and graphs that could help explain the topic. Be sure such visual aids include, a source for a graphic artist to use. Editors often appreciate suggestions and sources for illustration.

For “Finding the Way,” a 3,400-word feature for Pacific Discovery magazine on building ancient-style Hawaiian voyaging canoes and sailing them using celestial navigation, I suggested a map of ancient voyaging routes to Polynesia, a sidebar listing the specifications for two canoes, and another sidebar listing ks for further reading. The editors used both the map and the book list.

For any article, organization is a key to success. For an informational article, it is the single most important writing point. Invest some time ill outlining your information before you begin to write. Let logic guide the order. If your market uses subheads, write them into your manuscript. If you use a list of numbered or bulleted points, make sure to use parallel structure.

For example, a page-and-a-half feature in First for Women called “Managing Your Mother-in-law” uses two subheads. Under the second subhead, “What to Do About Her,” the writer organizes five bulleted points, each beginning with a parallel sentence:

* Realize you can’t change her or make her like you ….

* Deal with your own feelings ….

* Prepare to respond when your mother-in-law attacks you…. And lastly, keep your cool.

In between each parallel sentence the writer elaborated on each point with quotes from a Psychologist. (Most informational articles are careful to attribute both direct and indirect quotes to experts. Many editors will request addresses and telephone numbers for these sources so staff fact-checkers may contact them during the editing process.)

As you plan your article, consider the total number of words available for the assignment and divide it among the points you want to make.

The more detailed your prewriting plan, the easier it will be to write the article. When you begin to write, remember your mission: to present information. Even when your market allows for such “extras” as case examples or dramatic scenes, go easy with literary flair. The article “Great American Race” in Friendly Exchange opens with a vintage car race scene. By the end of the opening, facts come faster than antique autos aiming at a finish line. Here’s the third paragraph:

This grueling, 12-year-old driving event pits men, women and delicate old cars against some of the harshest elements and toughest terrain the United States has to offer. Ahead lie 16 states and nearly 4,500 miles, which must be driven in 14 days of long hours, little sleep, searing heat, mechanical breakdowns and scores of flat tires.

In the 1,500 succeeding words, the reader gets more than 100 separate facts sprinkled with just a few quotes and one anecdote. Remember, informational articles are potatoes, not fancy little canapes that titillate the tastebuds more than they nourish.

To make sure your writing is as tight as it can be, leave your first draft alone for a few days before you wring out excess words. In the meantime, double- and triple-check every point. In informational articles, more than in any other article category, facts are supreme.

Informational articles offer the best marketing possibilities both in terms of variety of subject matter and opportunity for sales. Writing these for magazines is generally straight reporting, but reporting that is free from the daily or weekly deadlines of newspaper journalism. Magazine writers can take the time to ensure their information is correct, and have the freedom to choose informational article projects that fit their own interests.

With careful attention to gathering information and to writing clearly and concisely, informational articles can be not only the potatoes of magazines, but also the staple item in a freelance income.