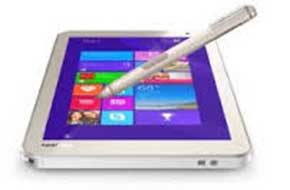 Twenty years ago, I sat in a crowd of undergraduates inside University of California-Berkeley’s Wheeler Auditorium, listening to Joan Didion deliver the annual Regents’ Lecture. Her topic: “Why I Write.”

“Of course, I stole the title of this talk from George Orwell,” Didion began. “One reason I stole it was that I like the sound of the words: Why I Write. There you have three short, unambiguous words that share a sound, and the sound they share is this:

“I write entirely to find out what I’m thinking,” Didion explained, “what I’m looking at, what I see and what it means. What I want, and what I fear.”

In a sense, it’s the oldest advice in the world: Write about what you know. Or rather: Write about what you’re attempting to grasp–and don’t neglect to record the knotty process that’s taking place within your mind, senses, imagination and entrails. But what does the primacy of personal experience boil down to when you’re searching for a topic or framing a story? How do you know when your own thoughts, feelings and experiences are worth describing–and how do you begin to get them down on paper?

Anatomy of an Article

Several years ago, I hurt my back. By hurt, I mean that the pain radiated in every direction as though transmitting towers were embedded above my buttocks. All the muscles below my shoulder blades felt like shattered glass. I imagined leeches sucking the marrow out of my spine; I envied invertebrates. The stock phrase to describe this condition involves something about your back having “gone out.” In truth, your back is only too much with you, and you really do wish it would go away.

Mine didn’t, so I retaliated by writing about my bad back for Hippocrates (now Health) magazine. But I didn’t limit my subject to the subjective experience of pain. Although I knew it would prove gratifying to bellyache about my back in print, I also realized I had to enlarge the complaint to pursue the entire bad-back experience: what hurts, why it hurts, where it hurts, how it hurts and, inevitably, what to do when it hurts. Nobody wants to listen to lavish physical complaints–even Job couldn’t pull that off today–unless they also get to learn something for the effort.

To begin moving beyond my own pain, I used the Med-line computer data base, which turned up a bevy of relevant articles in publications I would normally not peruse: The New England Journal of Medicine, The American Journal of Medicine, Journal of Family Practice–even something called Spine. This first stage of research revealed that I did indeed have a universal story–and therefore something that might interest a broad range of readers. According to the medical journals, 80% of Americans will contend with a lingering episode of lower back pain sometime during their lives. In fact, it strikes men and women, laborers and office workers, in equal proportions–running up the bill in lost wages and remedies to the tune of $16 billion every year. Back pain is the great equalizer; the body’s original sin. Yet the fact that millions of other Americans had aching backs, along with my own, was not sufficient grounds on which to begin writing. First, I had to find the angle to draw together my own personal experience with the woes of fellow sufferers.

Of course, from my perspective the angle was obvious: How can I get my back to stop hurting? Insistent, throbbing personal experience handed the story an inevitable frame. I would trace my own quest for lower back pain relief.

But before I went any further, I needed to expand my realm of reference. To move back pain but of my own body and into the public corpus, I had to first educate myself about the back’s basic building blocks and breakdowns. Otherwise, the unambiguous, but demanding cry of I-I-I–the staging ground from which you may explore what you want and what you fear, what you’re looking at and what it means–would soon degenerate into an unenlightening infant’s squall of me-me-me.

Writing from the world of the self will only succeed if your experience manages to echo, inform or sharply contrast the experience of the reader. Far from being an exercise in self-indulgence, the piece built around personal experience must neatly subvert the determined skepticism of the stranger who warily scans your printed page. What happened to you must quickly resonate within the reader’s heart and mind–or, at least, his body.

As my next step, I began to haunt the library, studying medical journals and physiology texts. I discovered that within the back’s massive network of bones; muscles and ligaments, there are 76 joints connecting vertebrae to vertebrae, 24 joints attaching vertebrae to ribs, two joints attaching the sacrum to the hipbones, and one joint fastening the tip of the backbone to the skull. I found but that discs don’t “slip.” Rather, their tough, crisscrossed layers–something like tiny steel-belted radial tires–tear or weaken with age until the disc’s pulpy liquid center bulges or ruptures and unpleasantly encounters a tender nerve nearby. I learned that Shakespeare capped off a line of curses uttered in Timon of Athens by declaring: “Thou cold sciatica, cripple our senators!”

Basic research completed, I began my perilous journey through the world of bad-back practitioners who aim to relieve the ache. And I kept notes on each encounter. I consulted the entire range of chiropractors, acupuncturists, physical therapists, osteopaths, neurologists, neurosurgeons, deep-muscle body workers, Alexander Technique instructors and yoga gurus. From these collected interviews, plus many additional trips to the library, I found out that two-thirds of lower back pain cases improve within 30 days regardless of their treatment–and fewer than 1 0% of the 250,000 back surgeries performed annually in the United States turn out to have been necessary.

In other words, I was finally ready to write, prepared to juggle the objective with the subjective–handling the ball of research without dropping the ball of personal experience, and vice versa. The crisis of my aching back had given me the opportunity and license–not to mention the paying assignment–to measure and balance the information that I most desperately required at that moment. I could now write the story that I also wanted to read.

Experiences Not Worth Telling

Would this approach have produced a comparable piece if I had contracted, say, beriberi? Probably not, unless the progress and treatment of the disease proved sufficiently horrifying, comial, melodramatic or broadly instructive to transcend its rarity.. Would chronicling a case of severe athlete’s foot prove engaging enough to move its millions of sufferers to scan 4,000 words on the subject? Alas, no. There is simply insufficient drama between the itching and the reaching for a can of Desenex.

Just because something has happened to you doesn’t mean that its retelling will translate into a personal experience piece worth reading. Not unless you–as well as the reader–manage to learn something from the experience. But there is, of course, more than one route to self-knowledge.

“Most of the basic material a writer works with is acquired before the age of 15,” wrote Willa Cather, author of My Antonia and Q Pioneers! The problem, even for a novelist as great as Cather, was recalling the road to the past and grasping its present meaning.

Indeed, the inherent drama of the immigrant farmers’ lives in Cather’s home state of Nebraska was far from obvious to the young writer at the beginning of her career. “Life began for me,” Cather confessed, “when I ceased to admire and began to remember.” Even then, it required Sarah Orne Jewett, author of The Country of the Pointed Firs and Cather’s early mentor, to urge along the younger writer with the oldest advice in the world: Write about what you know; write about Nebraska. Yet it wasn’t until the middle of Cather’s life–she was 38 when her first novel was published–that she most fruitfully remembered the struggle of the immigrant farmers and the extraordinary beauty of the landscape on which they suffered and triumphed. And then, she was only able to get the right perspective on her background from the safe distance of years spent besiding in New York’s Greenwich Village.

One Route to Self-Knowledge

When I started researching and writing my book, The Roads Taken: Travels Through America’s Literary Landscapes, I wanted to make a similar trip back to the past. My intention was to explore the reasons some American writers–Cather, Thoreau and Kerouac, among others–had meant so much to me as a kid, and why they still resonated in my mind, heart and vitals. I wanted to indulge my curiosity about my curiosity: Why had I kept rereading Hemingway for the past 20 years? What in my life still led me to believe that Twain was the funniest chronicler of the darker side of the American soul?

To begin the project, I returned to the original sources, once again reading the eight writers who would be featured in the book. Then I gobbled up the criticism, the social histories, biographies and autobiographies, reminiscences of friends and condemnations of adversaries. I steeped myself in the subject–which at this point had nothing at all to do with me.

Only then was I prepared to consult the next set of important documents: AAA road maps. And so meandering study and random ruminations finally gave way to road trips. If I was thinking about The Adventures of Huckleberry Finn, I visited Virginia City, Nevada, where Samuel Clemens got his start in journalism, thereby turning himself into Mark Twain. If I was reading Zora Neale Hurston’s Southern novels and folklore, such as Their Eyes Were Watching God or Mules and Men, I headed to the Southland’s bayous and deltas. And on these writers’ home rounds, something always … happened.

With enough preparation, I found I could depend on stumbling over some modest adventure worth writing about that was oddly, but ineluctably linked to my original subject. The stimulation of new places–places I had only previously known in books, but now encountered among the trees, streams, swamps and mountains of the real, hard, sprawling world–finally drew out from my own life some small epiphany that could be interwoven into my response to the featured writers. My small thoughts cozied up to the great writers’ great perceptions; my experience intruded on the American landscapes that characterized their books. When I wrote about Willa Cather and her home in Red Cloud, Nebraska, I also found myself writing about my wife, Ann, who grew up in the region. When I wrote about Jack London and his boyhood haunts along the Oakland waterfront, my other true subject was my father, who had introduced me to London and his books–indeed, to books in general–when I was young.

The fact that my father’s story sprung out of Jack London’s life, my wife out of Cather–both Athenas launched from Zeus’ head–astonished me. It was not something I had planned; their presence–indeed, their primacy–came into focus only over the long and winding course of discovering the genuine direction of my story. The best personal experience pieces are composed from many elements, not all of them conscious–and their ultimate concoction is ultimately unpredictable.

And that, I think, is the final element in the successful personal experience story. It begins with an experience that meant something to you and will also have meaning to readers. Then, in the telling of this experience, the writer must re-create–re-experience–the discoveries and astonishments of the experience. For if the story is not exciting for the writer, it will prove even less so for the reader.

3 thoughts on “Write From Personal Experience And Win”